The Shallop is Launched 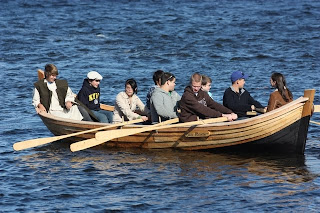 skies and friendly faces of supporters, welcomed the "Jane Stevens" into the world of water for the first time. Many strong bodies helped lift the shallop outside where speeches were given, two beautiful
half-models of the shallop, made by

Will West were dispersed, one to Superintendent William Shuttleworth and the other sold at auction for $650. Special certificates were given by state Rep. Seth Goodall to all students involved in the project. 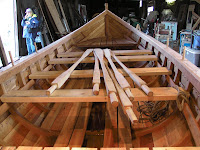 Then it was time for the "Jane Stevens" to glide gently onto the Kennebec River. Armed with six oars and rowers, a coxswain, and two passengers, the shallop was on its way to the water front 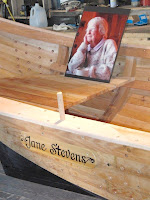 park on Commercial St. After a brief stop the students reloaded the shallop and returned rowing it to the Freight Shed where visitors were invited to join in some food and beverages.

Many thanks to the volunteers who made this event possible. A great gratitude is also owed to the volunteers who helped Will complete the shallop when the students and Eric had gone back to their classrooms. These helpers made it possible for the shallop to be completed with lots of TLC and high quality craftmanship. Also, many thanks to Jim Moulton who took the image of the 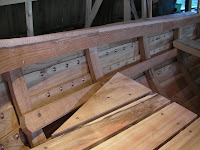 students rowing and Bud Warren for the image of the "real" Jane Stevens on the shallop. These and others will be used in the launching video and for future needs.
Regards,
Patti Irish
Media Specialist for the Shallop Project
Posted by Maine's First Ship VIRGINIA at 8:23 AM No comments: 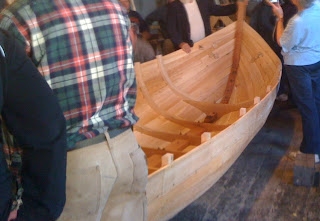